We love the Garma Youth Declaration 2019

Following the ‘Uluru Statement From The Heart’, in 2019, a group of young Indigenous people have gathered in East Arnhem Land for the Youth Forum at Garma. The forum has been facilitated by AIME and resulted in a Declaration for the Prime Minister and Education Minister’s across Australia – The Imagination Declaration. This message was read out by Sienna on August 5, 10:00am at the 2019 Garma festival.

To the Prime Minister & Education Ministers across Australia,

Today, we ask you to imagine what’s possible.

The future of this country lies in all of our hands.

We do not want to inherit a world that is in pain. We do not want to stare down huge inequality feeling powerless to our fate. We do not want to be unarmed as we confront some of the biggest problems faced by the human race, from rising sea levels, which will lead to significant refugee challenges, to droughts and food shortages, and our own challenges around a cycle of perpetuated disadvantaged.

With 60,000 years of genius and imagination in our hearts and minds, we can be one of the groups of people that transform the future of life on earth, for the good of us all.

We can design the solutions that lift islands up in the face of rising seas, we can work on creative agricultural solutions that are in sync with our natural habitat, we can re-engineer schooling, we can invent new jobs and technologies, and we can unite around kindness.

We are not the problem, we are the solution.

We don’t want to be boxed.

We want freedom to be whatever a human mind can dream.

When you think of an Aboriginal or Torres Strait Islander kid, or in fact, any kid, imagine what’s possible. Don’t define us through the lens of disadvantage or label us as limited.

Expect the best of us.

Expect us to continue carrying the custodianship of imagination, entrepreneurial spirit and genius.

Expect us to be complex.

And then let us spread our wings, and soar higher than ever before.

We call on you and the Education Ministers across the nation to establish an imagination agenda for our Indigenous kids and, in fact, for all Australian children.

We urge you to give us the freedom to write a new story.

We want to show the world Aboriginal genius.

Over the coming months we’ll be sharing the declaration with thousands of Indigenous kids across our nation and together we’ll stand to say, “set an imagination agenda for our classrooms, remove the limited thinking around our disadvantage, stop looking at us as a problem to fix, set us free to be the solution and give us the stage to light up the world.”

We want the Imagination agenda in every school in the nation, from early childhood learning centres through to our most prominent universities.

To our Prime Minister & Education Ministers, we call on you to meet with us and to work on an imagination plan for our country’s education system, for all of us.

UN Convention on the Rights of the Child

Here is a simplified version of the UN Convention on the Rights of the Child.  It is important to know your rights and the right of the people around you.

“Australia Is a Bigger Cage”

After a national campaign in 2018, hundreds and thousands of refugee and asylum seeker children were brought to Australia. But their scars remain even after leaving Nauru.

These young children need all the nurturing and security they can get right now. These children turn into adults and we’re already actively creating a sub-generation of deeply traumatised adults who may never achieve their potential on any level. Is that what we want as a country – to be creating further problems, rather than working towards a solution?

More than 50 per cent of people, between 11 and 19-years-old, believe Australia has a culture of racism.

'No you can't play because you're a terrorist'

A group of kids told 10-year-old Munsimar Kaur ‘No you can’t play because you’re a terrorist’ at a playground in London.

Munsimar Kaur posted a video to Twitter about her heartbreaking experience.

My eldest daughter Munsimar Kaur, aged 10, tells her own true story. Today it was my child tomorrow it could be yours. #sikh pic.twitter.com/NwR4iFUUE7

The key thing is to educate people and that way others will think twice before doing things like this maybe because they will realise we have a voice, and we’re not afraid to use that voice – Gurpreet Singh, Kaur’s father

11-year-old Ruben Martinez sparked the viral #ElPasoChallenge to honour the August 3, 2019, shooting victims by doing a good deed for each life lost.

Behind Every Number Is a Student

A survey by Australian National University has found that racial and religious intolerance is highly evident in primary and secondary schools.

Over 40% of Aboriginal and Torres Strait Islander students reported racial discrimination from teachers.

Schools are Microcosms of Wider Society

I think Aboriginal and Torres Strait Islander communities and ethnic minority communities have been telling us for a long time that racism is part of their everyday lived experience – Naomi Priest, Australian National University

Children from both sides are allowed to play together on seesaws on the Mexico and New Mexico border. This was a response by a pair of Californian professors as President Donald Trump plans to build a wall along the 2,000-mile boundary between the two countries.

Artists installed seesaws at the border wall so that kids in the U.S. and Mexico could play together. It was designed by architect Ronald Rael. ⁣
⁣
Beautiful reminder that we are connected: what happens on one side impacts the other.
???????? ❤️ ???????? pic.twitter.com/vSpfxhtvkX

#Border fence will not keep us from our neighbours.

Phong, 16 years old, a smuggling victim found in a suitcase has thanked the English people who saved him.

Since then, Phong has been fostered by a family and is now learning English and Maths. 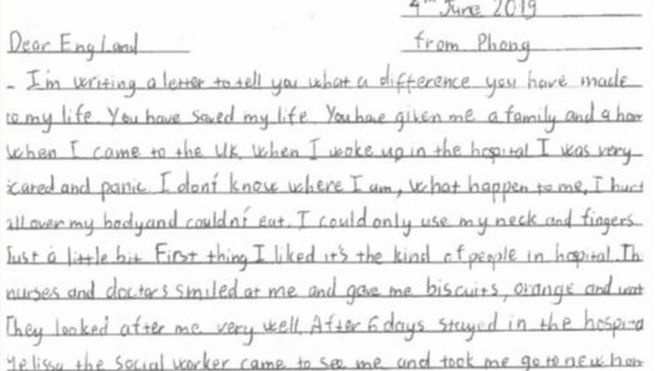 I never believed I would be loved. There is now a big rainbow in my life instead of darkness.

On World Refugee Day 2019, held on 20th of June every year, a global challenge of solidarity trending as #StepWithRefugees celebrated the courage and determination of peoples displaced from their homes.

The ancient east Asian sport of caneball or also known as ‘chinlone’ has been helping Karen refugees feel at home and belonging in Australian. The game is regularly played and several competitions are held around Australia.

[I wanted] to reduce the social isolation and increase participation, which is really good for the community and also lets other communities know that this is the game that we play.

Our aim is to encourage students to articulate their own opinions, not to coerce them into agreeing with us.

“It is about our dreams, our hopes and rights. I hope you can make things better for us.”

Listen to a podcast by ABC’s ‘All In The Mind’ to learn about how language significantly affects perception:

In Eastern philosophies they say with our thoughts we make the world. But I would say no, it’s with our words we make the world. We need to start paying attention to our language and start building ways of talking that are reflecting our complex realities – Tyson Yunkaporta

The Bardi language and education

Vincent McKenzie is his English name. His Bardi name is Bawunge.

The Bardi tribe is located at the top of the Dampier Peninsula in Western Australia.

Thanks to my Elders, I am a strong cultural person. Thanks to my teachers, I can relate to white man’s way.

Read more about the importance of keeping Bardi culture and language through education.

Teach Your Children To Doubt and Rebel 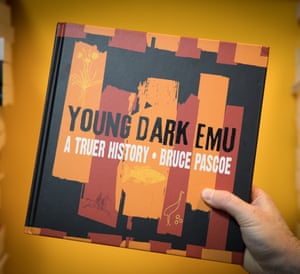 Teach our kids doubt so they can build strong, reliable minds. Teach them to avoid the cosmetic, the craven, the jingle of self-satisfaction. If they want to watch any number of glitzy reality TV shows, ask them if it is a good thing to set up nasty, shallow, meaningless human conflicts. Ask them if it is right to be mean and careless. Ask them to wonder about a society that needs such things to relax at night.

These children share their experiences through words and photographs.

I want to be a lawyer and work in the government later, because I want to change the situation here in Badghis…This year, there’s been so much fighting. Many people were killed – both the Taliban and government soldiers, but some of them were innocent. At night, I often hear the planes fly over my house. I know that they will not strike here, but I wonder where they are going and who will die. Many people have died here in Badghis because of the war – Eidnaz, 12, Badghis province.

The Right To A Future

The Psychological Damage of 'Cages'

Immigrant children’s drawings have been released by The American Academy of Pediatrics, displaying the long-term trauma  of Trump administration’s border policies that separate immigrant children from parents or guardians.

According to ⁦@AmerAcadPeds⁩ …this is a drawing by a migrant child after being released from ⁦@CBP⁩ custody. It was provided by a social worker in Texas. pic.twitter.com/KNm6bpBOYM

If you’re teaching about Greta, teach about Autumn as well.

Someone save me now please. Hiding in the bed.- Bana #Aleppo pic.twitter.com/SuyHWO99Mz

Read more about the amazing activist children fighting to protect the Earth:

Water is the lifeblood of mother earth … water is around us and sustains us all. Everything is connected to this issue of clean water. – Autumn Peltier

Muslim children are being separated from their families, faith and language in China’s far western region of Xinjiang.

In 60 separate interviews, parents and children testify the disappearance of more than 100 children. 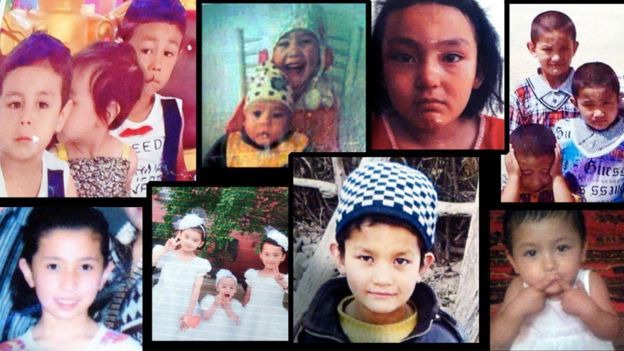 Let's Talk About Race and Racism

Have a look at this children’s book list for conversations on race, racism and resistance:

The devastating experiences of the 128 children on Nauru (2016):

The harm is permanent…the damage is done to these children.

Children are the most vulnerable to exploitation and abuse in war and conflict.

A helpful tip sheet by Australian Child and Adolescent Trauma, Loss and Grief Network for supporting refugees and asylum seekers recovering from trauma:

From War Torn Syria to a Sydney Symphony

A young violinist learnt the violin himself by watching Youtube clips in war-torn Syria.

When I play the violin, I’m not in this world anymore. I forget everything.

Here is his amazing journey:

Rohingya children were forced to flee with their families from the horrific violence committed against their community in Myanmar.

Read more about the mental health project these children are involved with to speak about their worries and sadness:

Children's Book: It Only Takes One Yes

Somali refugee Habso Mohamud who grew up in a refugee camp in Kenya has become a children’s illustrated book author.

The book titled ‘It Only Takes One Yes’ based on Habso’s real life shares some powerful messages about mental health and refugee stereotypes.

We are the agents of change – Habso Mohamud

When children are not at school, they don’t have much to do in the settlements, so sport keeps them busy and active. It also helps them make new friends and this promotes peace. These kinds of activities have a great impact –James Bond Anywar, protection assistant with UNHCR.

When I play football, I am happy, I feel like I am an important member of the community and I can share my ideas – Patrick Amba.

If you have come here to help me, you are wasting your time. But if you have come because your liberation is bound up with mine, then let us work together.